Land has primarily been purchased by government through the restitution and redistribution programmes. Much of this land has been transferred to beneficiaries although a significant portion remains in state ownership. By 2016/17 4.7 million ha had been acquired through redistribution and 3.4 million ha through restitution, totalling 8.13 million ha or 9.9% of commercial farmland.

In this period, the emphasis was on developing new policy and legislation (including the 1997 White Paper on Land Reform Policy). A broad pro-poor focus guided the redistribution of land.

The Settlement and Land Acquisition Grant (R16 000 per household, means-tested and indexed to the value of the Individual Housing Subsidy), was the vehicle for land acquisition. The limited value of the grant in relation to the price of land encouraged the formation of large groups who pooled their grants to obtain land.

The restitution process was cumbersome to start with and very few claims were settled during this period. There was a limited tenure reform programme that provided some measures for securing

The Land Reform for Agricultural Development (LRAD) programme required an own-contribution from individual beneficiaries (rather than households). This own-contribution also included loans from the Land Bank. Due to the relatively expensive nature of LRAD and the policy shift to discourage large projects, there were relatively few beneficiaries. Between 2001/02 and 2005/06,only about 3 900 households benefited per year, while between 2006/07 and 2008/09 fewer than 2 000 households benefited per year, despite annual expenditure in excess of R1 billion (Aliber, M et al. 2016).

The Proactive Land Acquisition Strategy was introduced with the stated aim of enabling state purchase of strategically located land for redistribution.

The restitution programme in this period introduced a standard settlement offer which saw many urban claims settled with cash compensation. Attempts to settle restitution claims lodged on high value farms producing fruit for export created a number of significant challenges.

Restitution projects involving high-value agricultural land naturally attract a great deal of public attention, not only because of their cost but because of their significance to their respective local economies; in fact, some community claims involve not a farm, but several or even many adjacent farms; such cases include the Levubu Valley cluster and the Hoedspruit citrus area in Limpopo. Because of the complexity of operating such farms – which become even more complex when amalgamated into mega-farms – government has generally insisted that claimant communities have “strategic partners” with the requisite skills and experience. – (Aliber, M. 2018)

Many of these ventures have subsequently collapsed — failing despite great expense to generate meaningful benefits for the claimant communities. Fruit farms are already labour intensive so the possibilities of creating more jobs are limited. Likewise profit-shares, when divided among hundreds and sometimes even thousands of members, yield insignificant returns.

A significant number of the large and more complex rural claims remain unsettled.

The tenure programme was of limited success for farm dwellers, legally providing for long-term secure rights but failing to secure these in practice. Likewise, no permanent solution was found for insecure tenure arrangements in the former homelands, after the Communal Land Rights Act was struck down on procedural grounds and not replaced.

The DRDLR immediately launched launched the Comprehensive Rural Development Programme, which diverted budget from land acquisition and has met with limited success. A brief and inconsequential Green Paper was released in 2011 after long delays and a closed-door policy development process.

The redistribution approach consolidated the earlier Proactive Land Acquisition Strategy (PLAS), where the Department purchased and “warehouses” land, which it later leases to selected beneficiaries. After a five-year probation period some beneficiaries qualify for a long lease.

The ANC guided the Restitution of Land Rights Amendment Act (No. 15 of 2014) through Parliament, despite the fact that many of the restitution claims submitted by the 1998 cut-off still required settlement. This enabled the reopening of the land claims process. Over 130 000 new claims were submitted, but on 28 July 2016 the Constitutional Court found that the Act had been passed with insufficient public consultation. The Act was suspended and Parliament was given 24 months to re-enact the law following proper public participation.

How is the land which is acquired through land reform held?

For a significant portion of land acquired through land reform, title has been transferred to land holding entities, while for the remainder of the land acquired under PLAS title is held by the state:

Problems with Trusts and CPAs

Land holding entities face many problems which reflects state failure to adequately support and resource them. Trusts are registered in terms of the Trust Property Control Act (No. 57 of 1988) and fall under the Master of the High Court. For a period the DLA/DRDLR opted to register trusts despite concerns that Trustees had significant powers and that their actions were not voidable. Numerous cases have been identified involving sale of properties and assets by Trustees. This led to proposals that land purchased through land reform should only vest in CPAs. However, as with many other functions the DRDLR lacks adequate capacity to provide meaningful support.

Together Trusts and CPAs, mostly established during the Mandela and Mbeki periods, have a joint property portfolio worth billions. However, in 2017 82% of CPAs were reported to not be compliant with the Act, while many Trusts have collapsed.

This has meant that for the membership in the vast majority of these land holding entities there is insufficient clarity on land rights and no system to record and certify household and family rights and legally recognise social tenures. Consequently, there has been a reluctance to invest in the land.

By 2016/17 some 9.9% of commercial farmland had been acquired through land reform. However reports suggest that much of this land remains “underutilised”.

A 2017 a DPME report to the Portfolio Committee on Department of Agriculture, Forestry and Fisheries recorded that in 2013 some 4.0 million ha comprising 4 680 farms was under-utilised. A target was set to ensure that 25% of this underutilised land would be back in production by March 2019. However, the indicators which distinguish ‘underutilisation’ and ‘utilisation’ remain unclear and would require disaggregation according to different agricultural activities.

This section features extracts from a knowledge base research paper (Aliber, M. 2018). Lack of reliable, accurate and comparable data is one of the main problems which makes analysis of the land reform programme difficult. At the most basic level there needs to be agreement on the indicators:

Are we using households? If yes then how are these defined?

Are we using individual beneficiaries as the unit of measure? If yes who qualifies to be counted? (Aliber, M. 2018)

There are different estimates and these are not always comparable as they reflect data aggregated from different time periods.

Data in the table below was prepared as part of a diagnostic report on land reform (PLAAS. 2016) prepared for the HLP. It focuses on land acquired through the three redistribution sub programmes and draws on DLA and DRDLR sources from 2001, 2010 and 2012.

The table illustrates how over time fewer and and fewer people have acquired land through redistribution, while expenditure per beneficiary has climbed.

The first phase of the redistribution programme was colloquially described as “rent a crowd” in that many people’s IDs were included on beneficiary lists to pool grants for land purchase. However, relatively few would have any direct association with the land acquired.

Assessing the impacts of land reform

The impact of land reform can be considered in different ways (Aliber, M. 2018):

However there are no easy answers to any of these questions.

Assessing the current state of knowledge

This section summarises what we know about project collapse and membership shrinkage. Data for this includes:

The paper suggests that the Stats SA’s General Household Survey (GHS) provides a different, if imperfect way of trying to identify current beneficiaries of land reform. The GHS has a sample of about 22 000 households per year, and includes a fair number of black households residing in commercial farming areas. The answers to two questions provide useful data:

Pooling GHS survey data from 2013 – 2016 in order to boost the effective sample size, it seems that only about 21 000 black households residing in commercial farming areas acknowledge receiving a land grant, and of these, 12 500 are/were actually farming.

Land grant recipients are more likely than the other two household types to own cattle, and are more likely to own more than 10. This is one narrow indicator of the fact that land reform does confer economic benefits, but apparently on very few households.

The implications of membership shrinkage

Overall the evidence suggests that there has been a massive shrinkage in the number of beneficiaries retaining active links with land purchased through redistribution and restitution. It is estimated that total beneficiaries may have shrunk to just 60 000 households (Aliber, M. 2018). If these estimates are accurate, this means that costs per estimated actual beneficiary will have mounted significantly.

Where projects have collapsed, the longer the land is idle the more difficult and expensive rehabilitation becomes. The Recapitalisation and Development Programme (RECAP) sought to turnaround failing and failed projects. It was established to provide grants for infrastructure development and operational inputs on “properties in distress”. However, analysis of projects selected for RECAP funding shows that older projects and those with larger numbers of beneficiaries have not qualified.

Recognising what we don’t know

All this highlights a crippling lack of reliable information on the impacts of land reform to date:

The reality is that the state of our collective knowledge regarding the several thousand land reform projects delivered to date is woefully inadequate. One urgent task among others is to conduct a census of land reform projects across the country to take stock of the state of this land. As much as there seems to be a growing urgency to accelerate land reform, the stock of already-transferred land from which no one is benefitting would appear to be considerable, and yet there would seem to be no concrete information to this effect, nor a plan to do anything about it. – (Aliber, M. 2018). 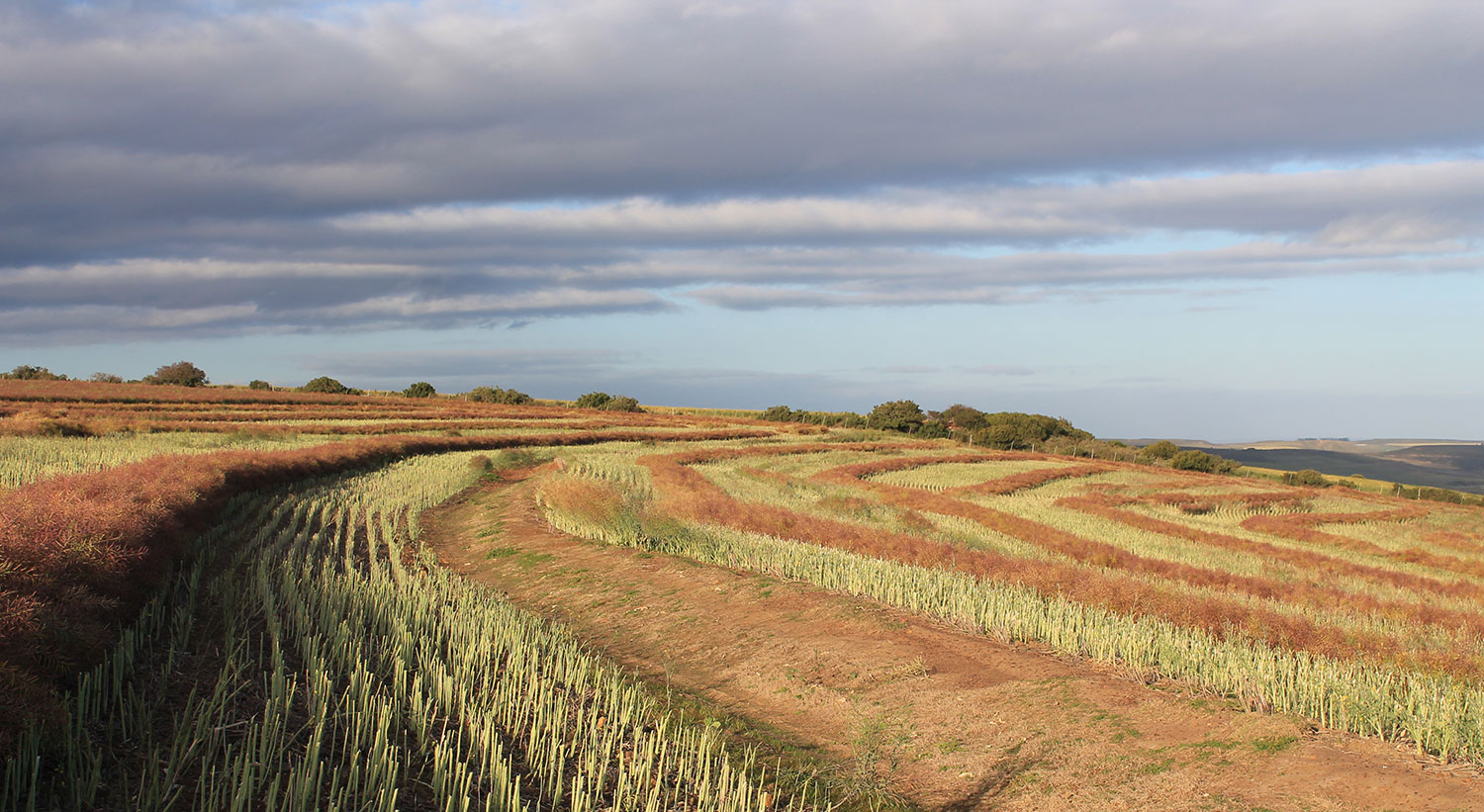 A new report claims that wealthy men with political connections have been the predominant beneficiaries of land reform. 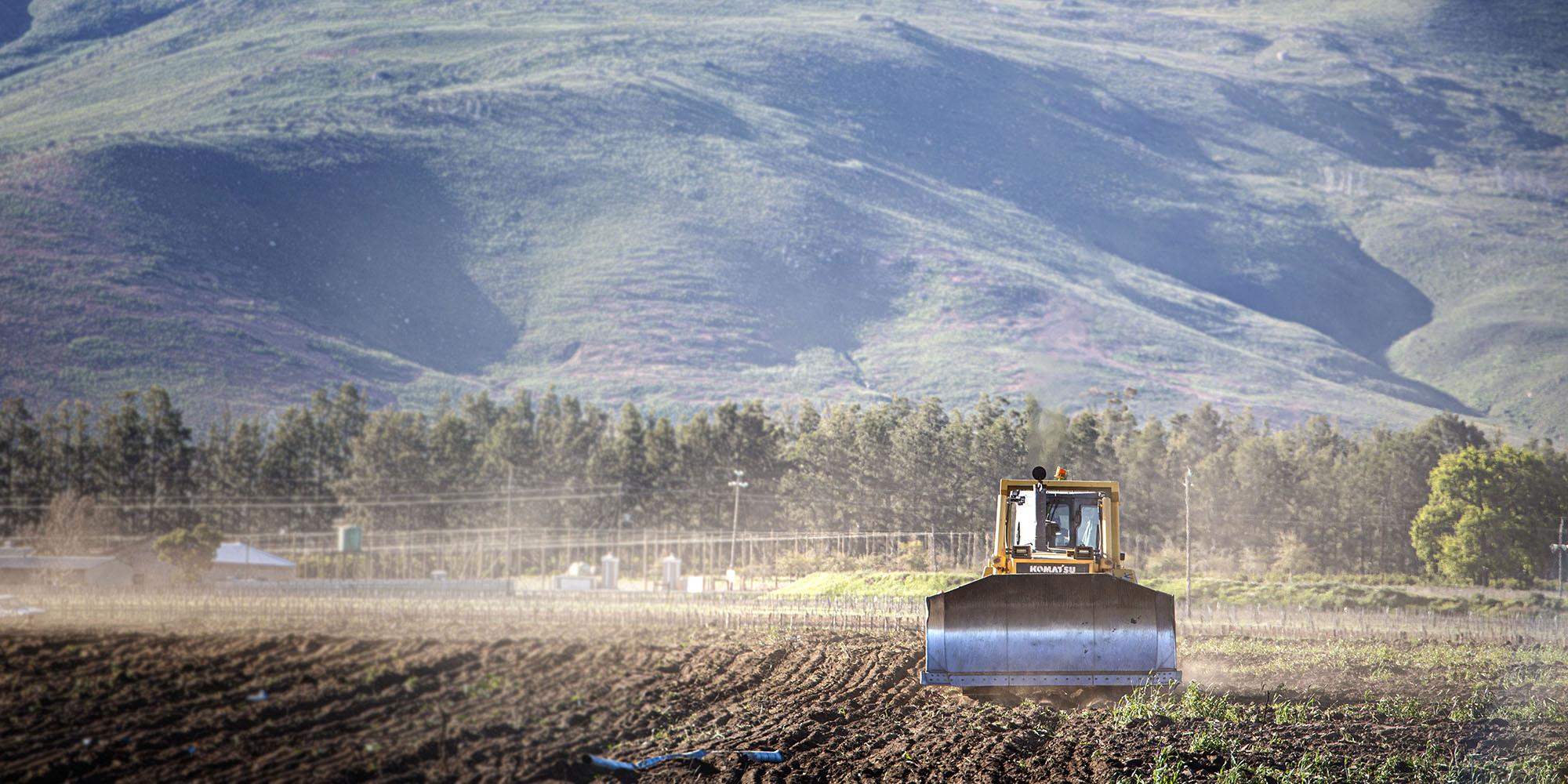 Farmers from across SA gathered recently near Ceres to showcase successful partnerships between commercial and emerging black farmers. In light of the failure of land reform, identified in the 2017 Motlanthe report, farmers have collectively sought innovative solutions on their own. 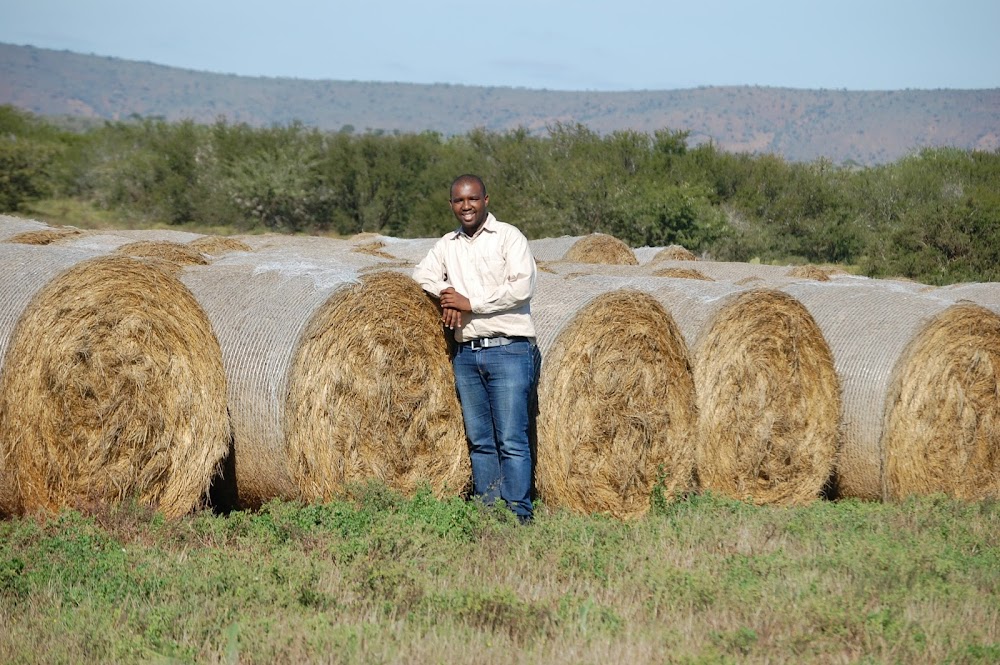 From a tiny plot to a thriving farm — this is what Aviwe Gxotiwe aspires to achieve for people living in the rural Eastern Cape who are unable to get loans to see their farming dreams come to fruition. Gxotiwe, a livestock and crop farmer in Somerset East, hopes to launch a financial services business that offers loans while also using traditional stokvels.

Hull: "It is ineptitude, mismanagement, maladministration, greed and corruption that are at the heart of the slow pace and, in some cases, failure of land reform" https://www.dailymaverick.co.za/article/2020-01-16-the-land-bill-is-a-curates-egg-and-right-now-its-a-bit-scrambled/

OP-ED: The land bill is a curate’s egg and, right now, it’s a bit scrambled https://www.dailymaverick.co.za/article/2020-01-16-the-land-bill-is-a-curates-egg-and-right-now-its-a-bit-scrambled/

Privately funded AGDA established as a non profit led by a board constituted of an equal number of representatives from government and the private sector. Opportunity for membership. https://www.farmersweekly.co.za/agri-news/south-africa/new-agriculture-development-agency-to-be-launched/