There are some 18 million people living in the former “independent” and “self-governing bantustans” which were reincorporated into the nine new provinces following the democratic transition in 1994.

The land rights of those living in these areas remain undocumented and insecure. Post-apartheid legislation continues to entrench the old homeland boundaries and the reinforce old relations of power between chiefs, local elites and ordinary citizens. These relationships have been further reinforced by the recent signing into law of the Traditional and Khoi San Leadership Bill and the Traditional Leadership and Governance Framework Amendment Bill on 20 November 2019.

A short history of the bantustans

The 1913 Land Act designated 7% of South African land as “native reserves” in which Africans could acquire land, prohibiting Africans from acquiring land outside of those areas (and prohibiting non-Africans from acquiring land inside the reserves). The area of the “reserves” was expanded in 1936 by the Native Trust and Land Act to 13.6% of SA land.

Apartheid and the “bantustans”, betterment and resistance

The name “bantustan” was an apartheid term for the land in these reserves. Apartheid laws sought to consolidate the bantustan “homelands” as the basis for separate development.

With the passing of the Bantu Authorities Act (No. 68 of 1951) the apartheid state set out to take total control over the institution of chieftainship, already distorted by decades of colonial interference. The Bantu Authorities Act abolished the Bhunga council system established in 1894 which had combined elected and nominated members for local governance purposes.

As time passed, a new generation of more compliant, salaried chiefs was installed. These chiefs were allocated increased powers by the state. Colonial and apartheid codification of customary law distorted the social and governance functions of chiefs. In exchange for their salaries and benefits compliant chiefs were expected to vigorously implement a hugely unpopular suite of measures associated with the “betterment” and land rehabilitation programmes. These measures, ostensibly designed to address environmental degradation due to overcrowding on the land, (a direct consequence of dispossession) resulted in forced villagisation and restrictions on land use and livestock.

Betterment-related removals provoked widespread rural resistance and triggered a series of rural uprisings. The Pondo rebellion, the Tembu and Poqo insurrections erupted in quick succession. These rural struggles (documented by Govan Mbeki) spread to other areas in the country including Witzieshoek in the Orange Free State and Sekhukhuneland in the Transvaal. An emergency proclamation was gazetted in 1960 and the rebellions were crushed by mass arrests and military force.

The apartheid state proceeded to promote “self-government” for ethnic groups as defined by the state. This was enabled by the Promotion of Bantu Self-Government Act (No. 46 of 1959) which formally introduced homelands and ethnic bantustans to the political landscape. Four of these bantustans (Transkei, Bophutatswana, Venda and Ciskei) became “independent”, while the remainder (KwaZulu, Lebowa, Qwaqwa, KaNgwane, Gazankulu and KwaNdebele) remained as “self-governing” territories.

As can be seen from the map below most of the bantustans consisted of scattered pockets of land, despite ongoing attempts to consolidate them.

Mounting popular resistance during 1980s forced the apartheid state to abandon its goal of creating ten “independent” homelands where black people would have citizenship based on their presumed ethnicity. As part of the negotiations process leading up to the democratic transition in 1994, it was agreed that the bantustans would be dissolved and reincorporated into the nine new provinces shaping the new South Africa. However the bantustans did not disappear as planned.

Despite the formal dissolution of the bantustans in 1994 and their reincorporation into a unitary democratic state, the rule of chiefs and the growth of this black middle class have a deep-rooted legacy in the post-1994 era. As several contemporary commentators have noted, South Africa has witnessed the “bantustanificaton” of the post-apartheid landscape. – (Phillips, L. 2017).

Most importantly it has been noted that six out of the nine new provinces drew heavily on the 650 000 strong, but often corrupt and patronage-based bantustan civil service to staff the new provincial administrations (Phillips, L. 2017). Likewise, the distorted institution of chieftaincy was also retained largely intact. This has been a major contributory factor towards the expansion of predatory elites and the accelerating propagation of a culture of state criminality and capture which recent South African history shows has infiltrated to the heart of government institutions.

Land and tenure security in the former bantustans

Twenty five years after the democratic transition, the South African state has failed to pass permanent legislation to secure the land rights of people in the former bantustans. People residing in these areas comprise more than half of an estimated 60% of South Africans whose property rights remain undocumented and off-register.

In rural villages within the former homeland areas, heads of households were issued with Permission to Occupy (PTO) certificates which specified their rights to a residential site and an arable allotment where available.

In proclaimed townships within the former bantustans, Deeds of Grant for residential and business stands were issued in terms of Proclamation R293. These deeds were registered in the Deeds Office. Although not fully equivalent to freehold title, the Upgrading of Land Titles Adjustment Act (No. 111 of 1993) made provision for R293 deeds to be upgraded to title where desired.

The democratic government has remained as the landowner of land allocated to the former bantustans as it continues to act as a trustee on behalf of black persons. At the same time, the government is responsible for administration and development on this land, resulting in a problematic conflation of roles and functions.

Land administration in the former bantustans is virtually non-existent. Permission to Occupy certificates (PTOs) are no longer issued and, with the dissolution of the homeland administrations, the majority of these land records were lost or destroyed.

The only legislative protection those living in the former bantustans for rural people’s land rights is currently provided by the Interim Protection of Informal Land Rights Act (No. 31. of 1996) (IPILRA) which, as the name suggests was intended to be a temporary law which has to be renewed every year. There is widespread agreement that IPILRA has not been widely promoted or effectively enforced. This has made residents in the former homelands vulnerable to land grabs, particularly in relation to mining deals.

IPILRA recognises and seeks to secure the undocumented rights of people who own or use land, but has been almost universally ignored in the negotiation of mining rights on communal land. (Manona, S. et al. 2018).

The recent passing into law of the TKLB has removed many of the protections provided by IPILRA. This however is likely to be the focus of a Constitutional Court challenge in 2020. At the same time, much “old order” legislation governing land tenure in the former homeland areas remains on the statute books, although some sections of these laws have been repealed. This creates a complex legal and administrative landscape. Citizens’ rights cannot be realised due to the persistence of unaccountable chiefly governance structures and the absence of coherent land administration institutions with capacity and systems to recognise and record rights in land and provide a framework for succession and inheritance.

The government intended to move away from a permit-based system (that characterised apartheid land holding) to a rights-based approach. The Communal Land Rights Act (CLRA) (No. 11 of 2004) sought to transfer land title for communal land from the state to communities. It sought to register individual land rights within communally owned area and mandate the traditional council to administer the land and represent the community as owner. The Act was declared unconstitutional in 2010.

In July 2017, the Department published the draft Communal Land Tenure Bill (CLTB) which has many similarities with the CLRA of 2004:

There are also significant differences as the CLTB:

Overall there remains a legal and policy vacuum surrounding land tenure security, land rights administration and governance on land in the former bantustans.

The Traditional Leadership and Governance Framework Act (No. 41 of 2003) (TLGFA), seeks to define residents in these areas as subjects of ‘traditional communities’ (or ‘tribes’). The TLGFA re-enacts traditional (tribal) authorities, created through the Bantu Authorities Act of 1951, to preside over precisely the same geographic areas that were defined by the apartheid government. (Manona, S. et al. (2018).

This has major implications for land tenure security in former bantustan areas:

Chiefs have been empowered by the state to the point where they behave as proxy owners of the land at the expense of rights holders. This problem has consequences when mineral rights accrue to companies to whom the chiefs act as agents from which traditional authorities accumulate the benefits. (Manona, S. et al. 2018).

The lack of legislative protection and/or lack of implementation of the strong protections in IPILRA that do exist, have enabled elites to take advantage of the insecure land rights of communities. These elites include transnational mining companies, foreign investors, traditional leaders, traditional councils, and commercial farmers.

Government has proposed three new laws that deal with traditional leadership, currently being processed by Parliament. Government could use these draft laws as an opportunity to address the problems that people have been experiencing with the TLGFA. Instead, critics argue that they threaten to make conditions worse for rural people.

This was signed into law on 20 November 2019. It replaces current national laws on traditional leadership and introduce legal recognition for Khoi-San communities and leaders for the first time. The new  TKLB’s provisions  give traditional authorities extensive roles without ensuring that they are accountable, or that they will consult with ordinary people. The TKLB also gives new life to previous “tribal” boundaries and fails to ensure that traditional councils are legitimate and transformed according to the Constitution.

Public hearing are currently being held on this Bill which will govern dispute resolution in forums recognised as “traditional courts”. The TCB has a long and controversial history in Parliament, with previous versions widely criticised in public hearings and by civil society. The new TCB is an improved draft by the Department of Justice which, for example, now includes a mechanism to allow individuals to opt out of the jurisdiction of traditional courts.

However, some aspects of the TCB – such as the status of the courts – remain unclear, concerning or difficult to implement.

The TLGFAB proposes new opportunities for traditional councils to transform, but also threatens to disguise the consequences of their past unlawful operations.

Perspectives from the HLP report

At public hearings hosted by the Panel, many ordinary South Africans spoke about how existing laws affect their daily lives. People spoke about how the TLGFA had resulted in abuses and unaccountable conduct by some traditional leaders and councils. Some also spoke about how their customary law and constitutional rights to land, equality, transparency, security, freedom of association and cultural identity have been undermined.

The HLP report recommended that:

However, it remains to be seen if Parliament will adopt the recommendations and if there is political will to support shifts in traditional leadership laws that benefit ordinary South Africans.

What’s yours is mine 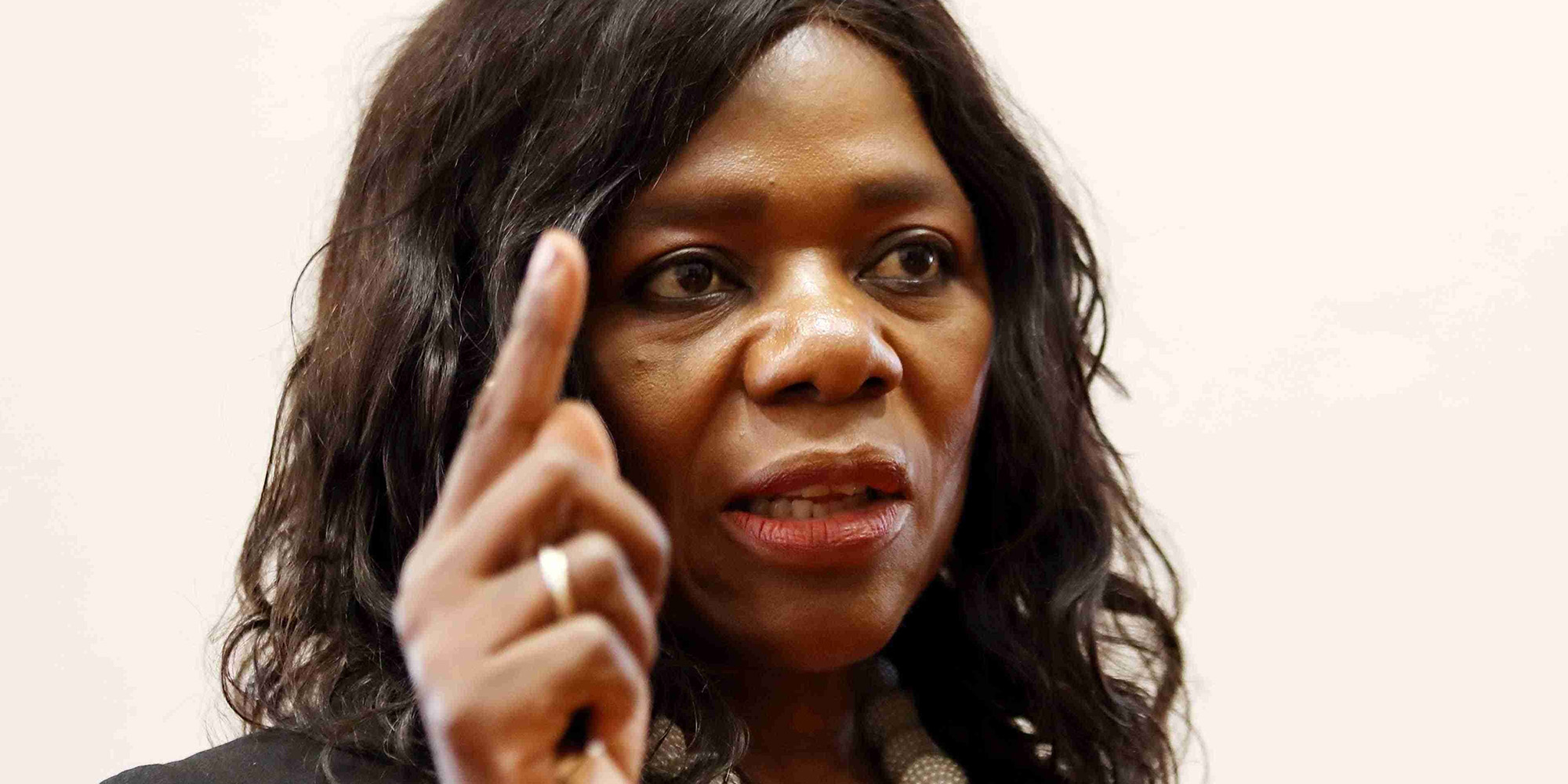 While customary law is recognised by the South African justice system, it is still subject to the Constitution and needs to be in line with the Bill of Rights, which includes issues of social justice. It is believed that Inkosi Thandi Ruth Khumalo of the Abantungwa Kholwa Traditional Community passed away on Tuesday following a long illness at the age of 53.

No restitution for the weary: https://www.dailymaverick.co.za/article/2021-09-21-no-restitution-for-the-weary-blaming-the-victim-is-an-easy-way-out-for-failure-to-deliver-the-promised-land/

Committee for the homeless opens case against City following evictions near CPUT https://www.iol.co.za/capeargus/news/committee-for-the-homeless-opens-case-against-city-following-evictions-near-cput-b95aca8c-55ca-494b-af1a-65257b72a3ac